What is jojoba oil?

The jojoba plant is a hearty, perennial plant that grows in North America. Not only does it thrive in the harsh, desert climates that could kill most living things, but it also produces a nut with many healing properties.

The nut of the jojoba plant can be made into an oil. Jojoba oil is gentle enough to be used as a carrier oil to mix with other essential oils. You can also use it on its own.

Many people use jojoba oil as part of their skin care routine. And there are good reasons for that. There’s plenty of evidence supporting the use of pure jojoba oil as a remedy for acne, dry skin, and countless other skin conditions.

Keep reading to find out more about the benefits of using jojoba oil for your skin.

Jojoba oil is a humectant ingredient. This means that it works to seal your skin with a protective barrier to keep it from losing moisture. This may help prevent bacterial infections, acne, and dandruff from forming.

Jojoba oil contains antimicrobial and antifungal properties. While lab tests found that jojoba oil doesn’t kill all bacterial or fungal species, it does kill certain bacteria and fungi that can cause salmonella, an E. coli infection, and candida.

Jojoba oil contains natural forms of vitamin E. This vitamin works with your skin as an antioxidant. This means that jojoba oil can help your skin fight oxidative stress caused by everyday exposure to pollutants and other toxins.

Although jojoba oil is a botanical substance, its makeup is so similar to the oil (sebum) your body naturally produces that your skin can’t tell the difference.

This makes it less likely to build up on your skin and clog your pores, leading to fewer breakouts and less severe acne.

On a molecular level, jojoba oil is a wax. Although it can be absorbed into your skin, its waxy nature allows it to create a soothing seal on the surface.

Jojoba oil regulates sebum production because it’s so similar to the sebum that your body produces naturally.

When you put jojoba oil on your skin, your skin is soothed and moisturized. This sends a signal to your hair and sweat follicles that your skin doesn’t need additional sebum for hydration.

7. It may help promote collagen synthesis

The antioxidants in jojoba oil may help your body produce collagen. Collagen is a protein that’s in your skin and joints as well as the parts of your body made of cartilage.

Collagen levels decrease as you get older. This is part of the reason your facial structure changes as you age. At least one study links antioxidants applied to the skin to improved collagen synthesis.

8. It may help speed up wound healing

Jojoba oil is a promising ingredient in stimulating wound healing. Preliminary research shows that jojoba oil encourages your skin cells to bind together after they’ve been separated by a scratch or cut.

This may also be the reason for its ability to treat acne and acne scarring. These wound-healing properties could be connected to jojoba oil’s concentration of natural vitamin E.

9. It may help soothe eczema, psoriasis, and other drying skin conditions

People who have inflammatory skin conditions like psoriasis and eczema may find jojoba oil especially beneficial.

10. It may help soothe sunburns

Jojoba oil is a popular ingredient in some natural sunscreen products. One study suggests that vitamin E, when combined with other antioxidants, can help protect your skin from sun damage. Jojoba oil contains both.

Sun damage can dehydrate your skin and cause flaking. Jojoba oil restores vitamin E, adds moisture, and promotes healing to soothe these symptoms of sunburns.

At least one clinical trial indicates that jojoba oil can help keep acne at bay. Jojoba oil has soothing anti-inflammatory agents, healing properties, is moisturizing, and is a natural antimicrobial.

These properties suggest that jojoba oil could help you avoid breakouts as well as promote healing for mild acne.

12. It may help reduce the appearance of fine lines and wrinkles

Oxidative stress can be linked to the appearance of fine lines and wrinkles. There’s no research that links jojoba to treating wrinkles and fine lines directly, but other plant products with antioxidant properties have been shown to improve the elasticity of skin.

This means that the antioxidant power of jojoba oil may help slow the signs of aging when used on your skin.

13. It may help minimize the appearance of scars

Vitamin E has long been recommended by health professionals to help with scarring. Research on whether this works — and, if so, to what extent — is still ongoing.

If you’d like to try vitamin E as a remedy to scarring, jojoba oil may prove to be beneficial in the healing process.

Unlike some other essential oils, jojoba oil doesn’t need to be diluted and can be applied directly to your skin.

Before using jojoba oil, or any cosmetic product, for the first time, you should do a patch test to make sure you’re not allergic. You can do a patch test by following these steps:

The way you use jojoba oil depends on your desired result. You can use it as a lip balm to soothe dry, cracked lips, or you can apply it all over your face before bed as an anti-aging serum.

You may also mix jojoba oil with other natural acne-fighting ingredients into a DIY mask treatment to improve acne, as participants in one study did.

Jojoba oil is safe to use around your eye area, unlike most other ingredients, which makes it a popular makeup remover for oil-based makeup.

Potential side effects and risks

However, there are some rare cases in which jojoba oil has caused an allergic reaction. Symptoms included hives and itching.

To avoid these side effects, make sure to do a patch test (described above) before using jojoba oil. 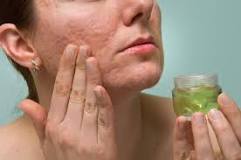 Will jojoba oil cause breakouts? While acne can be caused by a variety of factors, jojoba oil itself is non-comedogenic, which means that it should not clog the pores.

Is it good to put jojoba oil on your face? 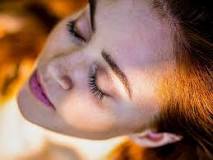 Jojoba oil has a variety of healing properties that may make it effective in treating skin conditions like acne, eczema, and psoriasis. You can enjoy its benefits by using it as a cleanser, moisturizer, or spot treatment. It can typically be used anywhere on your body, including your face, without being diluted.
Jojoba oil is an essential oil that reduces the amount of excess sebum through absorbing. And excess sebum is what clogs pores and creates blackheads. All you have to do is wash your face with warm water and massage a few drops of Jojoba oil onto your skin. Leave on for five to ten minutes and then rinse off.